The months of the year

How do you say Month in Māori?

Marama also means moon as the traditional Māori calendar month was based on the cycle of the moon.

What are the months of the year in Māori?

The months in Māori are:

Did you know that first month of the Māori year is Pipiri? (June)
The new year begins in June with the rising of the Matariki star cluster (known as Pleiades in English).

Before 1990, the following kupu arotau (loan words from English) were used as a direct translation of the months in English.

With this version of the months in Māori you can almost hear the English equivalent.

You may still hear this version of the months used though it is becoming less are less common as the first group of words are used more, and are preferred, nowadays.

If you are interested in learning about the history of the name of the months in Māori and the regional differences, then I recommend the following: The Māori Division of Time (Victoria University of Wellington Library) 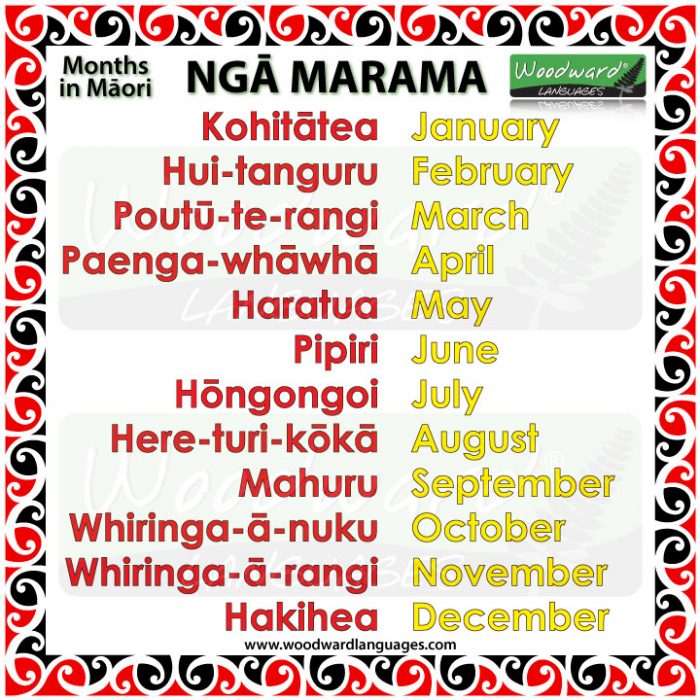