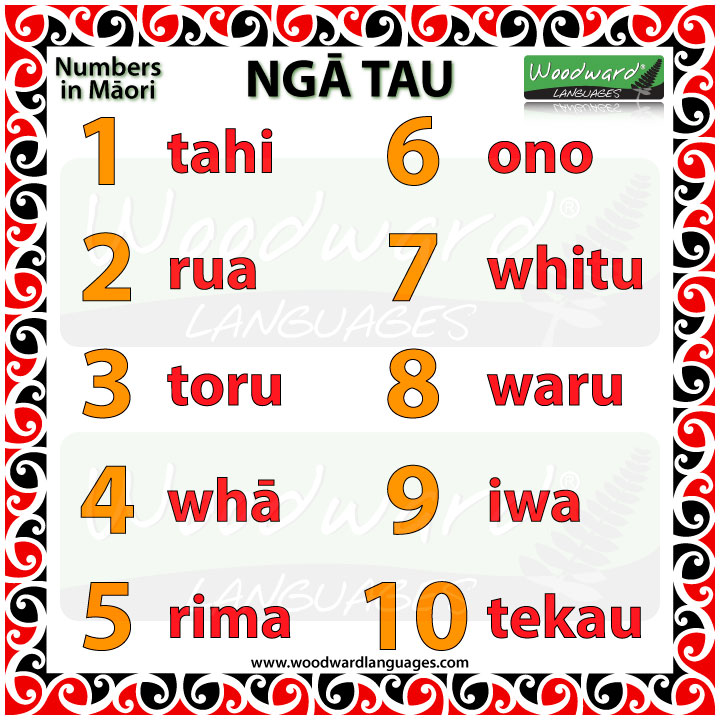 The numbers from 1-10 in Māori

Here we can see the numbers from 1 to 9 at a playground in New Zealand. 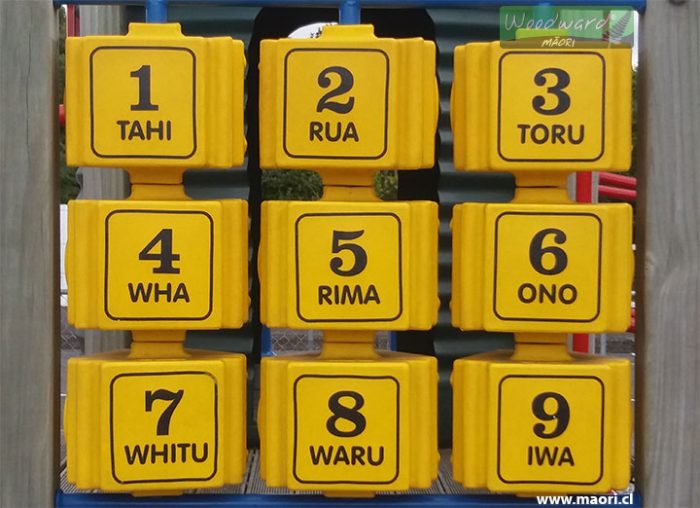 Notice how on this piece of equipment at the playground they didn’t put a macron (a line) over a vowel of one of the numbers.
Do you know which one?

Yes, it the number four. It should say WHĀ.

This means the letter Ā at the end is a long A which means that it is pronounced longer than normal… Whaa.